My experience as an environmental engineer on off-shore oil fields allows me to ask through my paintings the key questions revealed by recent ecological disasters:

March 2, 2011, Fukushima, Japan: loss of control of the nuclear reactors at the Fukushima power plant. since June 2011: 16 trillion becquerels washed up at sea, more than 180,000 people permanently displaced (Ref. biblio.  Libération of March 19, 2013 p. 19 “Fukushima, irradiation in a continuous stream”).

As a spokesperson for WWF International during the Gulf War (1990-1992), Nicole King reminded the media community that the 300 uncontrollable oil well explosions and resulting air pollution could have been avoided if B.O.P. (Blow out preventer) valves had been installed, as required by international safety rules when drilling wells. The Elgin and DWH accidents were also caused by the failure of the safety valves.

Nicole King paints with honesty what she sees and what she knows: the softness and the hardness of the world crystallized around the element-life, sometimes decor, sometimes actor, in mixed compositions combining photographic realism and pictorial inventiveness. The result shows how a good canvas is worth more than a long speech. 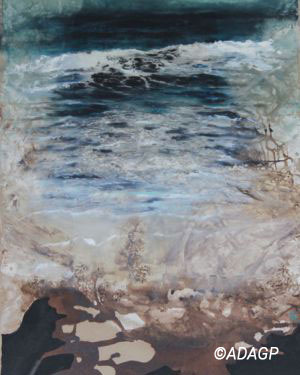 Free man, you will always cherish the sea 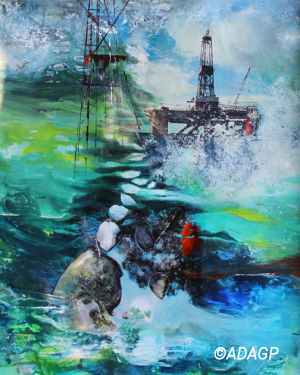 The Sea is your mirror 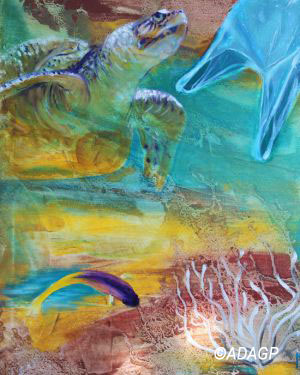 The Turtle and the plastic medusa 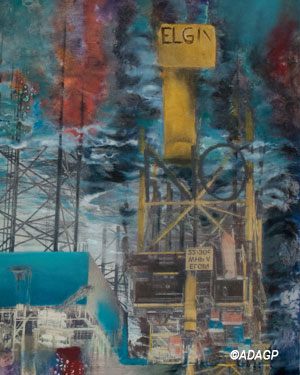 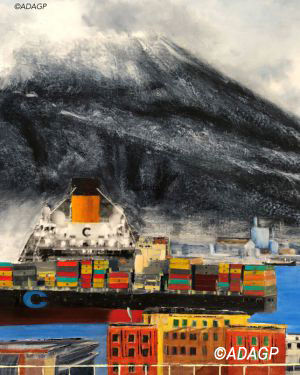 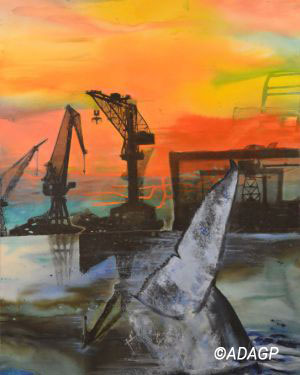 Cranes and the whale 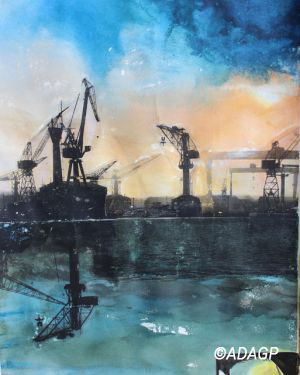 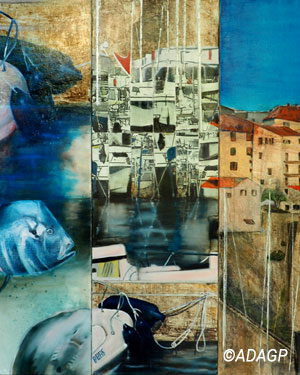 Calvi, what future? or Citadel from top to bottom 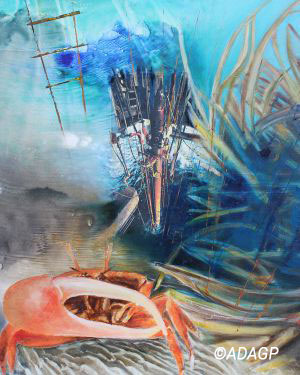 Deep offshore 2 or The crab, the oil riser and the posidonies 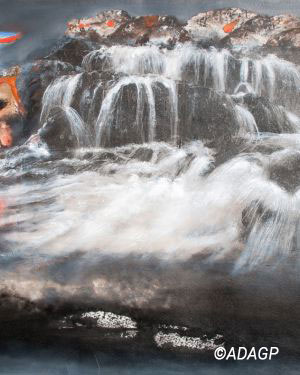 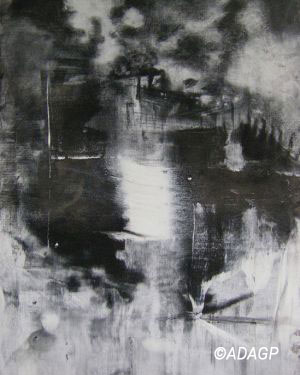 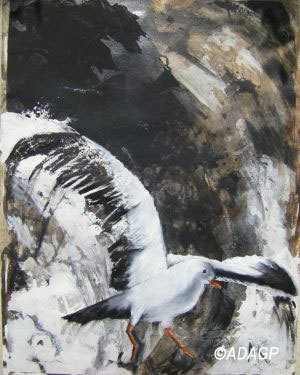 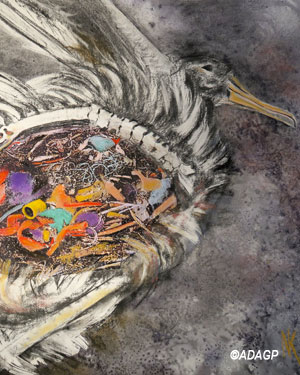 The Prince of the clouds (or Stranded albatross) 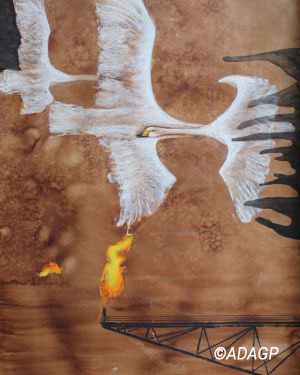 The Swans and the wasted gas 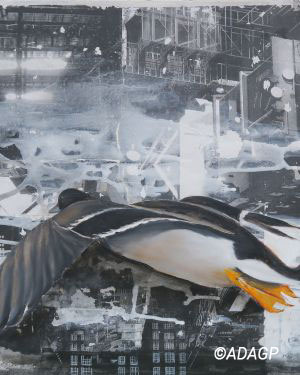 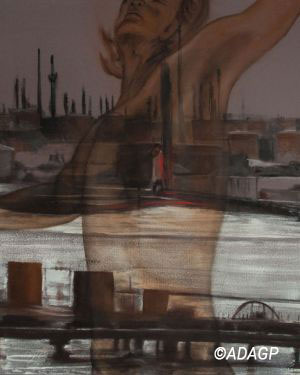 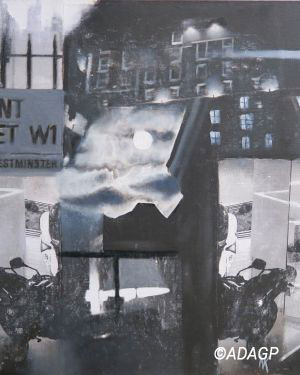 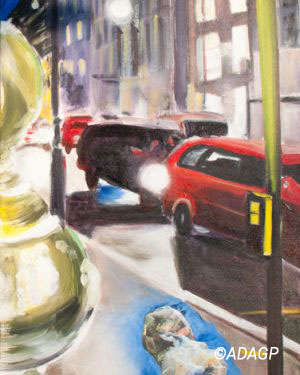 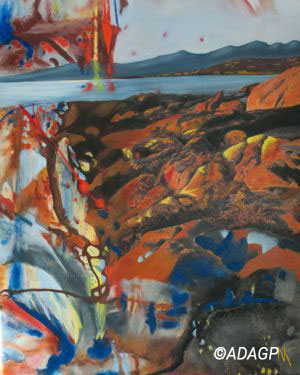 What kind of coastline for tomorrow? (1) In memory of Fukushima 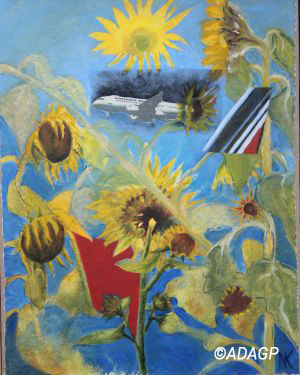 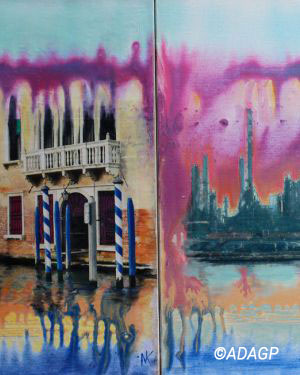 In the Venetian lagoon (1) Appearance (2) Disappearance 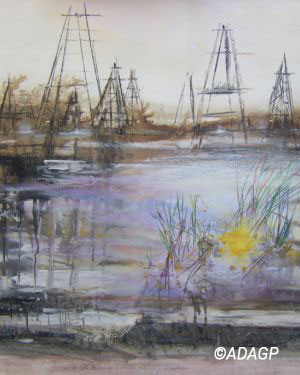 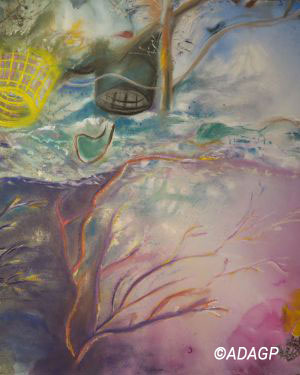 A sea of plastic 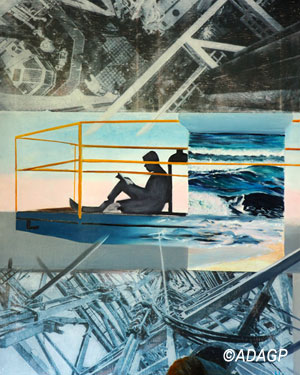